About the Ruby-throated Hummingbird

All hummingbirds share skeletal and muscle adaptations that allow for speedy, agile flight. Their long, blade-like wings have a unique, flexible shoulder joint that allows the wings to rotate almost 180 degrees while moving forward and backward in a horizontal figure-8 pattern. This pattern generates lift on both forward and backward wing strokes and allows extreme maneuverability in flight.

Hummingbirds' pectoral (chest) muscles are especially well-developed, comprising up to 30 percent of their body weight — a higher percentage than in any other bird group. The main wing bone, or humerus, is relatively short and strong, helping to stabilize a hummingbird's wings during hovering flight, yet allowing for fine movements that enable quick changes of direction.

Like the Chimney Swift, another master flier and member of the same avian order, the Apodiformes, hummingbirds have tiny feet. Having small feet reduces aerodynamic drag in flight. but there's a downside: These birds cannot walk. They can only perch or scoot sideways.On cold nights, these diminutive dynamos conserve energy by lowering their body temperature and heart rate, entering a temporary state of torpor. The next morning, within a few minutes, the hummingbird speeds up its metabolism and gets its body temperature back to normal. This ability to enter controlled hypothermia is shared by many other small birds such as the Black-capped Chickadee.

Songs and Sounds of the Ruby-throated Hummingbird

A male Ruby-throated Hummingbird puts on an elaborate aerial courtship display, swooping from heights of up to 50 feet into a series of looping, U-shaped dives designed to impress any female entering his territory. His wings make a twittering sound during these displays, accompanied by the male's voice, a high-pitched, squeaky chittering. Listen to a male's display here:

Once a male Ruby-throated Hummingbird attracts a female, the two mate, and the female sets up housekeeping within his territory. She builds a walnut-sized nest of lichens and spider webs, where she lays two to three tiny eggs. As in all hummingbird species, the female Ruby-throat provides all the care for the young, which quickly outgrow their little nest and fledge after two to three weeks.

Ruby-throated Hummingbirds expend a great deal of energy during flight, so they need to feed almost constantly, each day consuming up to half their weight in sugar. They feed mainly on flower nectar, preferring red or orange tubular flowers such as Trumpet Creeper, Cardinal Flower, Spotted Jewelweed, and bee-balms. They also eat insects and occasionally drink tree sap. Ruby-throats also readily visit hummingbird feeders for sugar water and aggressively defend food sources against intruders.

The Ruby-throated Hummingbird is the only hummingbird species that nests east of the Mississippi River. During the spring and summer, Ruby-throats may be found from southern Canada across the central and eastern states to the Gulf Coast. They winter mainly in the tropics, from coastal southern Mexico south to northern Panama, although some winter along the U.S. Gulf Coast and at Florida's southern tip.

Most North American hummingbird species are migratory, unlike their more southerly relatives such as the Long-tailed Sylph and Esmeraldas Woodstar. These South American hummingbirds, if they wander at all, travel short distances, such as up and down mountain slopes as they track flowering plants. Incredibly, Ruby-throated Hummingbirds fly straight across the Gulf of Mexico during their migrations to and from their wintering grounds. This non-stop flight is an amazing feat for a bird the size of a peanut!

In the spring, their migration north appears to be timed to the appearance of certain flowers along their route. (If you're interested in attracting hummingbirds to your yard, we have tips on creating a hummingbirds paradise.)

Conservation of the Ruby-throated Hummingbird Although Ruby-throated Hummingbirds are not endangered, they are still frequent victims of window collisions and regularly fall prey to outdoor cats and other predators. Habitat loss on both breeding and wintering grounds is also a threat.

Fortunately, ABC has a number of initiatives in place to tackle these perils, including our Cats Indoors program, which encourages pet owners to keep cats and birds safe, and our Glass Collisions program, which offers solutions to keep birds from hitting windows.

Through ABC's BirdScapes approach, we're working to conserve breeding and wintering habitat for migrants such as the Ruby-throated Hummingbird. Shade-coffee farms also provide safe havens for this hummingbird and other migratory birds on their wintering grounds; purchasing Bird Friendly© certified coffee is one of the ways you can help the Ruby-throated Hummingbirds and many other migratory birds. 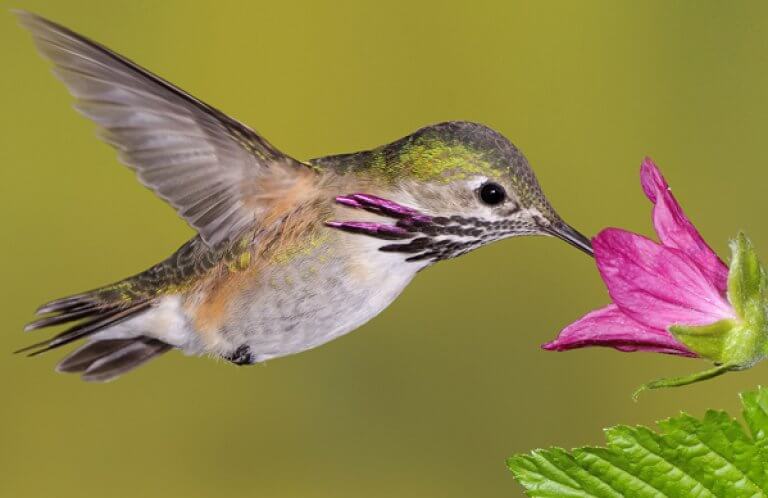 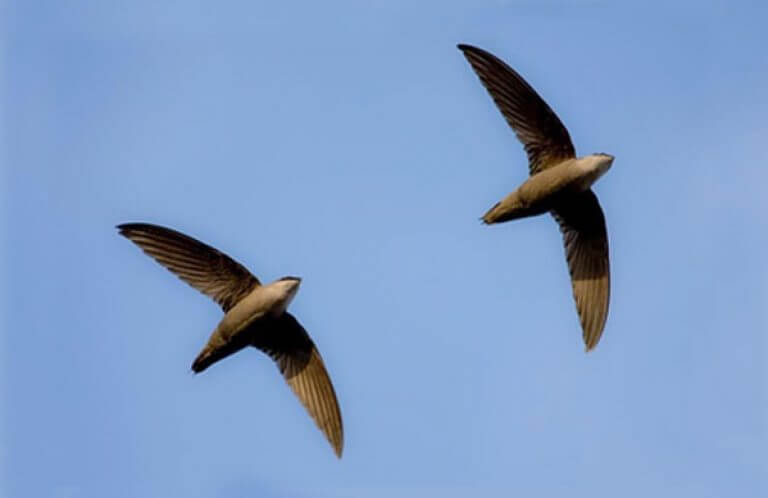