About the Cape May Warbler

One of those many birds with a puzzling common name, the Cape May Warbler doesn't spend much time in its namesake locale. Instead, Cape May, New Jersey is the place where famed ornithologist Alexander Wilson first described this eye-catching species. As with Magnolia Warbler — named for its fleeting presence in a magnolia tree — the place where the bird was first recorded made for an inaccurate name.

The Cape May Warbler's Latin name, tigrina, is a far more accurate way to describe it, especially the vividly tiger-striped male. (Females and juveniles are also striped, but in more subdued colors.)

Breeding males stake out their territories with thin, high-pitched songs that are a challenge for many people to hear.

Cape May Warblers have a curled, semi-tubular tongues that allows the birds to switch to a diet of nectar and juices during the winter. In the manner of Hawaiian honeycreepers such as ‘Anianiau and ʻApapane, Cape Mays use their sharp, narrow bills to pierce flowers and fruit, then sip the nectar. They will also drink sap from sapsucker wells.

Although Cape May Warblers feed on insects during the winter, flowering plants are an additional and essential winter habitat requirement for this and other migratory birds, such as Ruby-throated Hummingbird.

Cape May Warblers summer in the boreal forests of North America, where an estimated 83 percent of the global population breeds. Like Bay-breasted and Blackpoll Warblers, this bird is known a "spruce budworm specialist," as its numbers fluctuate with outbreaks of that insect.

Cape Mays spend the winter mainly in the Caribbean but also in Central America, where they often join mixed-species feeding flocks alongside other neotropical migrants such as American Redstart and Black-and-white Warbler.

Habitat loss — especially of mature spruce trees — is the biggest threat to this bird. Aerial insecticide spraying to control spruce budworms, an important food source during the summer, can cause steep population declines. High numbers of Cape Mays also fall victim to tower collisions and cats during their annual migrations. Cape May Warbler is classified as a Watch List species by Partners in Flight because of its steep population declines. The Boreal Songbird Initiative is working to recover these numbers by protecting large areas of this bird's breeding habitat.

ABC is also working to protect migratory birds throughout their life-cycles through our BirdScapes approach to conservation, a large-scale effort to “bring back the birds.” This work includes programs to identify and conserve essential habitat on wintering grounds and stopover sites, such as the Santa Marta Mountains of Colombia, for a suite of birds that includes Blackburnian Warbler and Gray-cheeked Thrush. 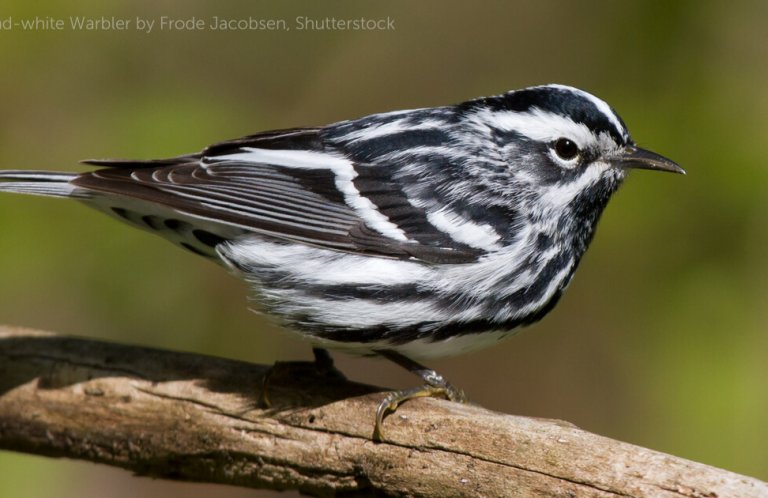 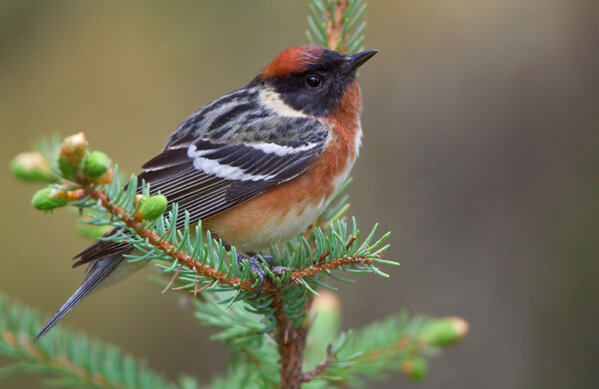 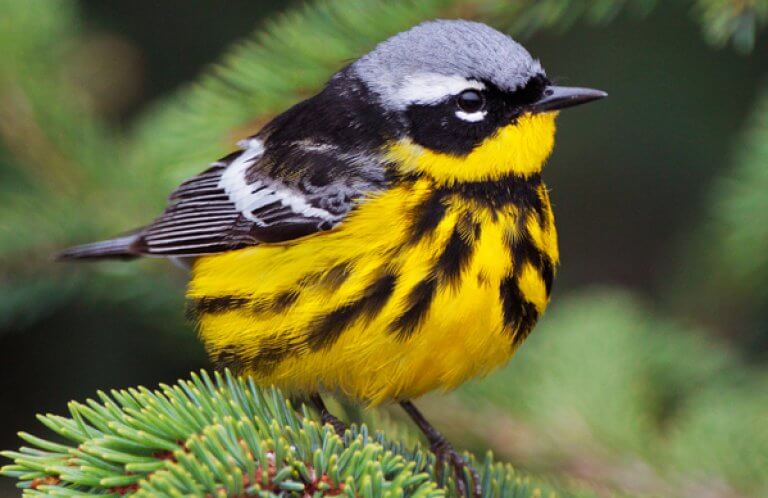