About the Northern Harrier

The Northern Harrier, also known as the "Marsh Hawk" for one of its favorite habitats, is a slim raptor with long wings, legs, and tail. The sexes appear different: The male is bluish-gray above with white underparts, a distinctive coloration that earns it the nickname among birders of "Gray Ghost." Meanwhile, female and immature birds are brown with streaked undersides. All have a distinctive white rump, an excellent identifying field mark that can be seen even at a distance.

A Northern Harrier's low, buoyant flight style while hunting — somewhat like a Short-eared Owl's — also helps to identify it: While searching for prey, this nimble raptor slowly flaps and glides just above the ground, holding its wings in a shallow V, known as a dihedral.

A closer look at the Northern Harrier reveals another owl-like feature — a "radar dish" of short feathers forming a ruff around its face and neck. This attribute, known as a facial disk, amplifies a bird's hearing, and is more often seen in owl species such as the Northern Hawk Owl, and other raptors that depend on accurate hearing, including the Harpy Eagle, which inhabits dense tropical forests. Like these birds, the Northern Harrier uses its augmented sense of hearing as well as its sight to help locate prey.

There is also a higher-pitched, squealing call often emitted by the female while soliciting food from her mate. Listen here:

The Northern Harrier also has unusual mating habits for a bird of prey. Although many pairs are monogamous (one male/one female), others employ a polygynous breeding system, where one male will mate with several females. A polygynous male can have a "harem" of up to five females, although most have only one or two mates at the same time.

The male harrier advertises his territory to females through a swooping, twirling "sky dance" display of U-shaped dives. Interested females will move into the territory and claim a nest site. The female builds a platform nest of sticks and vegetation on the ground, with the male also contributing material. Nests are usually located at or adjacent to rich hunting grounds, often in a wet meadow or freshwater marsh, and sometimes in a farm field or on a prairie.

Female harriers lay three to six eggs, then incubate them for roughly a month. The male brings food to his mates and young during incubation and for the first few weeks after the eggs hatch. After that, the female takes over the food provisioning. Northern Harriers may nest in loose colonies of 15 to 20 birds.

During the winter, the Northern Harrier roosts in groups — another behavior similar to that of the Short-eared Owl. These two species often share the same winter habitats, the Northern Harrier active on the "day shift," while the Short-eared Owl takes over the same hunting territory as night falls. The harrier and the owl often interact during their overlapping "shift change" at dusk — dive-bombing and harassing each other.

The Northern Harrier's diet consists mainly of small mammals, such as voles, rats, and ground squirrels. This versatile hunter may also snatch open-field birds such as the Horned Lark and Grasshopper Sparrow, or reptiles, amphibians, and large insects. It mainly forages while in flight, sticking low to the ground as it systematically quarters to and fro. It can also hunt on foot, and has been known to use its long legs to drown large prey by holding it underwater.

The Northern Harrier has a wide distribution throughout North America, breeding from northern Alaska and Canada to southern California and northern Baja California, Mexico. Some migrate as far south as northern South America, but if enough food is available, birds across a broad swath of the lower 48 U.S. states and as far north as the Canadian portion of the Pacific Northwest may remain on their territory year-round.

This harrier is the only Northern American representative of the genus Circus. This genus name derives from the Ancient Greek word kirkos (circle), and refers to the Northern Harrier's slow, circling flight style. The Northern Harrier was once considered the same species as the Hen Harrier of Eurasia, but was split in 2016 on the basis of genetics and plumage characteristics. This unusual raptor is threatened by habitat loss caused by wetland drainage, the clearing of grasslands, and reforestation of farmland, which reduces prey availability and nesting and roosting sites. Pesticides can accumulate in harrier eggs, impacting breeding success, and can cause secondary effects in birds that prey upon poisoned rodents and birds.

ABC works with a variety of partners to conserve grassland habitats across the Americas that are used by the Northern Harrier and many other species. National wildlife refuges and other protected areas also provide key strongholds for this grassland- and wetland-dependent species. Protection and restoration of suitable habitats are critical to keep populations of the Northern Harrier aloft. 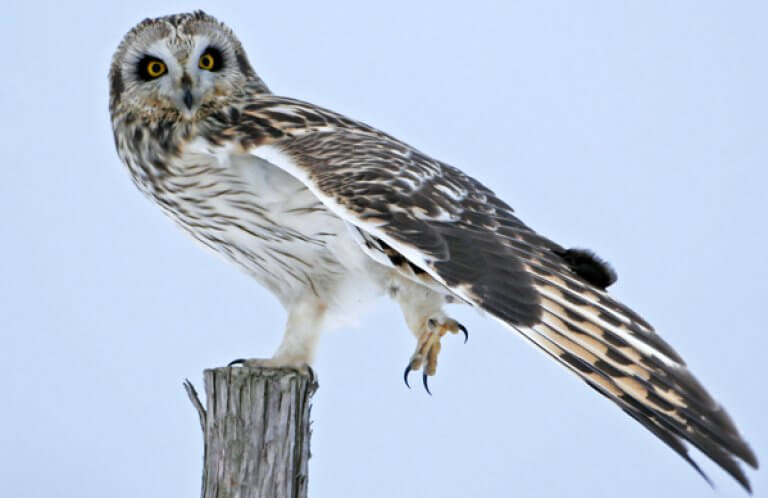 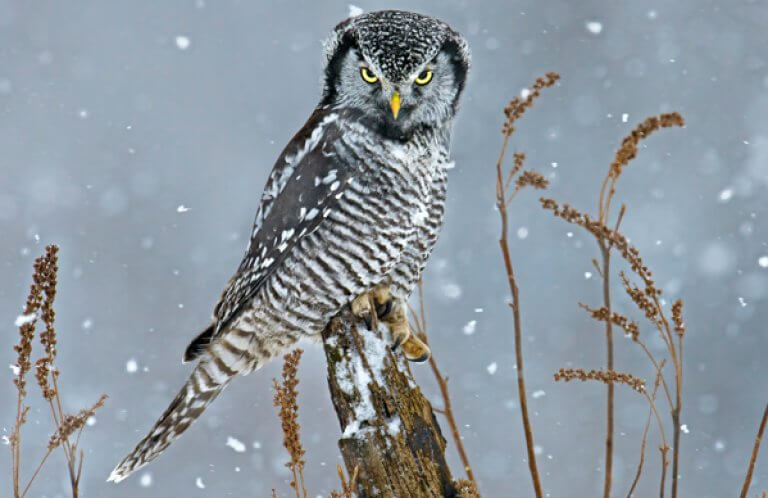