The handsome Northern Pintail is one of North America's most widespread ducks, especially in the West, though it is not nearly as abundant as the more familiar Mallard. This species is distinctive both on the water and in flight. Both female and male are more streamlined than the Mallard, with long, slender necks, smallish heads, and slim bodies. In addition, the adult male sports the species' namesake pointed tail. The rest of the drake, or male, pintail's plumage is quietly elegant, with a dark brown head and white on its breast and most of its neck. The female is a plainer combination of mottled brown, tan, and white, but can still be fairly easily identified thanks to her long neck and slender proportions.

The Northern Pintail gets one of its popular nicknames, "sprig" (short for sprig-tail), from the male's long central tail feathers, which reminded hunters of plant stems, or sprigs. Some hunters differentiate further, calling male pintails "bull sprigs" and females "hen sprigs." Even though the female lacks long tail feathers, she has a pointy wedge-shaped tail distinctive among dabbling duck species.

The Northern Pintail is one of North America's earliest-nesting duck species, arriving back on its breeding grounds as the last winter ice melts. During courtship, a male swims close to a female with his head down and tail up while making his whistling call. Both mated and single males also join in group "pursuit flights" of up to 16 birds, all chasing one female.

Northern Pintail hens nest farther from water than other duck species, often in an open area with short grasses and other low vegetation. They will also nest in fallow agricultural fields, to their detriment if the land is plowed and planted during breeding time. The ground nest is a simple scrape lined with grasses and the female's down feathers. A hen lays a clutch of seven to nine eggs, then incubates them herself for almost a month. When the ducklings hatch, the hen immediately leads them to the nearest body of water. Although her young can immediately swim and feed themselves, the hen remains nearby until they can fly.

Like other "dabbling" duck species such as the Wood Duck and American Black Duck, the Northern Pintail feeds at the water's surface or by tipping tail-up to reach underwater plants. The pintail's long neck allows it to reach farther below the surface than other dabbling duck species.

During the summer months, the Northern Pintail feeds heavily on insects, mollusks, and crustaceans, while ducklings in particular take advantage of the protein-rich insect bounty. In fall and winter, this duck switches to mostly plant material, especially grass and weed seeds, plus waste field grains when they are available.

The Northern Pintail has a wide geographic distribution, spanning North America, Europe, and Asia. In North America, its core nesting habitat includes Alaska, much of Canada, and the Northern Great Plains. The latter region, often called the "Prairie Pothole" region, provides important breeding grounds for many other waterfowl species such as the Canvasback, plus grassland songbirds including the Bobolink and Baird's Sparrow.

While some of their populations are resident, most Northern Pintails move south of their breeding range for the winter, migrating at night in large, fast-flying flocks. This species is highly gregarious outside of its nesting season and joins mixed flocks with other waterfowl on its wintering grounds.

Although the Northern Pintail remains a popular gamebird, its numbers have declined significantly. Habitat loss is an ongoing problem, particularly on its grassland and “pothole” breeding grounds, which are often drained and put into agricultural production. Persistent drought in the prairie grasslands, a result of climate change, dramatically curbs nesting success. The Northern Pintail's aquatic foraging style also increases the risk of ingesting lead shot, which can lead to debilitating or fatal lead poisoning. Northern Pintails feeding on land may also suffer the effects of neonicotinoid pesticides. Northern Pintail populations have benefited from the Conservation Reserve Program (CRP) and other grassland and wetland restoration efforts in the northern prairies of the United States.

ABC's BirdScapes program works to conserve habitat that migratory birds such as the Northern Pintail require as they move through their year. We also continue advocating for the cancellation of dangerous pesticides. 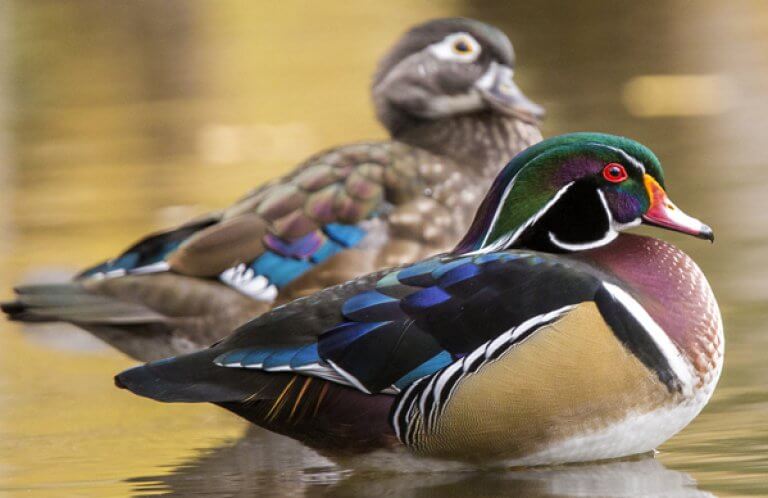