The term “seabird” doesn't refer to a specific family of birds, but rather to any bird species adapted to live and feed in the saltwater environment of the ocean. These resilient birds endure some of the harshest conditions on Earth, and some of them undergo grueling migratory journeys of up to 40,000 miles (more below).

Although open to debate, ornithologists generally agree that the term "seabirds" refers to a number of bird groups. These include: albatrosses; storm-petrels; petrels and shearwaters; penguins; gannets and boobies; frigatebirds; many cormorants; some pelicans; the alcid family, including puffins; loons; some gulls and terns; skuas and jaegers; tropicbirds; plus a few ducks and sandpipers that favor marine environments.

The first seabird-like creatures that we know of were the Hesperornithes, early flightless birds that evolved during the Cretaceous period, at the end of the “age of the dinosaurs.” These birds propelled themselves underwater with their feet. Among bird species alive today, large grebes, such as the Great Grebe, may hold the closest resemblance to ancient Hesperornithes.

Although today's seabirds are a diverse group, they generally share some basic adaptations. Most have webbed feet to move through the water and dense, waterproof plumage to keep them warm and dry. Most seabirds have special glands near their eyes that draw excess salt from their blood and expel it via their nasal cavities, allowing them to live without fresh water.

Seabirds tend to be long-lived, with many producing relatively few chicks (only one each year or even every other year in some species), for which they invest much time and resources. To raise these chicks, most seabirds form pairs that may mate for life, with both males and females contributing to raising offspring.

Often, seabirds nest in breeding colonies, some of which can be very large, containing over a million individuals, depending on the species. Many seabirds that nest in underground burrows, such as petrels and shearwaters, visit the colonies under the cover of darkness, after spending daylight hours hunting at sea. Until the relatively recent introduction of non-native predators, remote islands provided ideal habitat for seabird colonies. Approximately 95 percent of seabirds still nest in these remote locations.

When it's time to feed, seabirds have a range of strategies:

Seabirds on the Move

Seabirds' migratory behavior varies. Some species stay relatively close to home, remaining in feeding areas within a few hundred miles of their nesting colonies. Others, however, are among the most impressive long-distance migrants in the bird world. Arctic Terns, for example, move between the Arctic and Antarctic each year, a round-trip journey of 25,000 miles. Sooty Shearwaters breed in the far Southern Hemisphere, and during the non-breeding season migrate in a looped, figure-eight pattern around the Pacific Basin, a distance of 40,000 miles.

While seabirds often journey far out on the ocean, the time they spend on land, to breed and rest, is also important. Seabirds fertilize marine landscapes with nutrient-rich excrement, known as guano, which supports diverse terrestrial communities as well as nearshore systems, including coral reefs. A study in Fiji showed that corals adjacent to islands with seabirds grew nearly twice as fast as those living near islands without them.

Albatrosses, petrels, and storm-petrels: These “tube-nosed” birds have an unusually acute sense of smell, honing in on decaying marine life, prey species, and a chemical called dimethyl sulfide, which is produced by phytoplankton and can indicate a particularly rich foraging area. The world's largest seabird, the Wandering Albatross, with a wingspan of up to 12 feet, is part of this group, as is the world's smallest: the Least Storm-Petrel, which has a wingspan of only a foot. Species of note include: Waved Albatross, Hawaiian Petrel, and Markham's Storm-Petrel.

Penguins: Famously flightless, penguins “fly” underwater in pursuit of prey. Their feathers have adapted to resemble fish scales, their bones are among the heaviest in the bird world, and their wing bones are fused together to form stiff flippers — all adaptations to a life spent swimming in the ocean. Species of note include: Macaroni Penguin, King Penguin, and Galapagos Penguin.

Gannets, boobies, frigatebirds, and cormorants: Grouped together in the order Suliformes, these birds embody the varied foraging strategies of seabirds: cormorants chase fish underwater; gannets and boobies plunge into the sea, sometimes from great heights; and prehistoric-looking frigatebirds catch food on the wing, often flying fish or food dropped by other seabirds. Species of note include: Northern Gannet, Red-footed Booby, and Great Frigatebird.

Gulls, terns, and skimmers: Members of the Laridae family live in a number of diverse habitats: Some species live near the beach, while others range far over the ocean or wander great distances inland. Species in this family also employ a range of different feeding strategies. While some gulls have diverse diets, eating nearly all food sources they find, terns dive to capture fish and other prey, and skimmers snatch prey from the water by dragging the lower mandible of their large asymmetrical bills along the surface. Species of note include: Laughing Gull, Roseate Tern, Black Skimmer.

Skuas and jaegers: Somewhat gull-like, skuas and jaegers are predatory birds with hooked bills. They are occasionally described as “pirates” due to their ability to chase down other seabird species in high-speed pursuit. Skuas and jaegers breed mostly in the Arctic and Antarctic regions and typically range far out to sea when not breeding. Species of note include: Great Skua, Parasitic Jaeger, and South Polar Skua.

Alcids: The alcids, a group that includes puffins and murres, are chunky, usually black-and-white birds that superficially resemble penguins; in fact, the word “penguin” was originally coined to describe a member of this family, the extinct, flightless Great Auk. Unlike penguins, however, these birds live in the Northern Hemisphere and (Great Auk aside) can fly, albeit with a great deal of effort. Species of note include: Tufted Puffin, Atlantic Puffin, and Thick-billed Murre.

Phalaropes: The only sandpipers considered to be seabirds due to their habit of wintering on the open ocean, phalaropes are famous for their unusual polyandrous mating system, in which colorful females compete for the attention of plainly plumaged males. The three phalarope species (Wilson's, Red-necked, and Red) share a unique habit of spinning upon the water's surface, which is believed to attract or otherwise draw up underwater prey. Species of note: Red Phalarope, Wilson's Phalarope, and Red-necked Phalarope.

Pelicans: Some pelican species live within inland freshwater habits, but the Brown Pelican and closely related Peruvian Pelican stick to coasts and pursue fish by plunging spectacularly into the surf. Brown Pelicans were one of the North American bird species severely harmed by DDT in the 1960s, but their numbers have rebounded and they were removed from the federal endangered species list in 2009. Species of note include: Brown Pelican, American White Pelican, and Peruvian Pelican.

Tropicbirds: Tropicbirds are a truly ancient group, not closely related to any other extant seabirds. They are distinguished by their white plumage and their long central tail feathers. Tropicbirds frequently nest on high cliffs and seaside mountains and can be seen during the day, lazily soaring on thermals while waiting for darkness, when small fish and squid rise toward the water's surface. Species of note: White-tailed Tropicbird, Red-tailed Tropicbird, and Red-billed Tropicbird.

As a group, seabirds are among the world's most endangered birds — nearly one-third of all seabird species are listed under a threat category by the International Union for Conservation of Nature (IUCN). Their declines are due to a number of factors, including the following:

Invasive species: Many seabird species evolved on distant islands without predators, and therefore lack defensive strategies to protect themselves and their nests. As a result, introduced predators such as cats and rodents prey on — and decimate — seabird colonies. Other invasive species, such as goats and cattle, trample nesting habitat and overgraze vegetation essential to underground nesting burrows.

Plastics and marine trash: Discarded fishing gear, plastic bags, six-pack rings, and other waste frequently entangles and asphyxiates seabirds. Mistaking them for food, seabirds sometimes feed plastic items to their young, often with deadly results. Most of the world's seabirds have ingested at least some plastic.

Human structures: Poorly sited wind energy facilities and powerlines obstruct the traditional flyways of many seabirds. Collisions with these structures can cause serious injury or death.

American Bird Conservancy (ABC) works in a variety of ways to safeguard seabirds.

We protect breeding habitats and help restore them by removing invasive predators. We also work to establish new protected breeding sites. Among other projects, ABC and partners have built a predator-proof fence around seven acres within Kilauea Point National Wildlife Refuge in Hawai‘i. More than 100 Endangered Hawaiian Petrels and Critically Endangered Newell's Shearwaters have been moved to the refuge, establishing a new colony.

We have also helped to develop techniques that reduce fisheries' impacts on seabirds. This includes deploying devices fishers use to minimize the amount of time fishing hooks remain at the ocean's surface, which helps reduce seabirds' exposure to dangerous lines. This technique is now being used to protect the Critically Endangered Waved Albatross in Ecuador.

Finally, ABC works to keep migratory pathways between breeding and foraging areas free of potentially dangerous human structures, such as powerlines and wind turbines. Our Marine Program is active throughout the Western Hemisphere, where we collaborate with many partner organizations to find and protect the most endangered birds, while reducing threats to these as well as more common seabirds.

How You Can Help Seabirds

Policies enacted by the U.S. Congress and federal agencies have a huge impact on seabirds. You can help shape these rules for the better by urging lawmakers to prioritize birds and bird-friendly measures. To get started, visit ABC's Action Center.

Plastics pose a deadly threat to seabirds around the world. You can help seabirds by reducing your daily use of plastics. To learn more and get started, visit ABC's Plastics page.

Protecting seabirds is a monumental undertaking, requiring the support of many, and you can help by making a gift today. 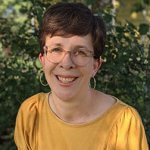 Rebecca Heisman is a science writer based in eastern Washington. Her first book, which tells the scientific backstory of how we know what we know about bird migration, will be out in spring 2023. She can be reached at @r_heisman on Twitter, or via her website rebeccaheisman.com.