The rufous-breasted Red Knot, once known as the "Robin Snipe," is a champion long-distance migrant, flying more than 9,000 miles from south to north every spring, then reversing the trip every autumn.

At last count, one tagged Red Knot was at least 19 years old. Over its lifetime, researchers estimate that this bird traveled farther than the distance from Earth to the Moon — hence its nickname, Moonbird.

The Atlantic Horseshoe Crab (Limulus polyphemus) has prowled coastlines nearly unchanged for at least 445 million years, pre-dating even the dinosaurs. Although this “living fossil” looks crab-like, it's more closely related to scorpions and spiders. Each May and June, hundreds of thousands of horseshoe crabs haul out onto Atlantic Coast shorelines, where they breed and lay millions of tiny green eggs.

The rufa Red Knot's spring migration is timed to coincide with the horseshoe crab's spawning season, as the massive outlay of eggs provides a rich, easily digestible food source for the exhausted birds. Delaware Bay shores provide the single most important spring stopover area for the Red Knot, hosting within a narrow time window up to 90 percent of the North American population. Other key U.S. stopover sites include coastal islands off Georgia, South Carolina, Virginia, and Massachusetts.

Humans also make use of the horseshoe crab, harvesting it for fertilizer, livestock feed, and for its blue blood, which is sensitive to endotoxins and used to test human drugs and medical devices for contamination. Beginning in the 1980s, people began to harvest horseshoe crabs in unsustainable numbers for conch and eel bait, which fueled steep declines of both horseshoe crabs and Red Knots. Other migrating shorebirds that feed on horseshoe crab eggs, including the Ruddy Turnstone, Semipalmated Sandpiper, and Dunlin, were also impacted.

Below, hear the call and song of a male Red Knot of the roselaari subspecies, recorded near Nome, Alaska:

Scraping By on the Tundra

When a male Red Knot reaches the breeding grounds, he stakes out and aggressively defends a territory, driving away any competing knots in aerial chases. Newly arriving females are treated to dramatic flight displays. Males fly high — sometimes over 900 feet — on trembling, rapid wingbeats, then glide slowly back to the ground while calling.

A male Red Knot will fashion three to five nest scrapes in his territory, usually near water. Once a female arrives, she chooses one of these for her nest, then lines the depression with lichens, leaves, and moss. The female then lays a single clutch of three to four eggs, which both parents incubate. Like the Snowy Plover, American Golden-Plover, and many other ground-nesting birds, the Red Knot performs distraction displays to lead intruders and potential predators away from the nest site.

Red Knot chicks hatch downy and alert, and leave the vicinity of their nests almost immediately. Although still flightless, as they grow, these birds garner protection from their cryptic plumage and their “freeze” responses to parental alarm calls.

A wide variety of marine and freshwater invertebrates sustain Red Knots on their wintering grounds and during migration. In addition to horseshoe crab eggs, these shorebirds gobble up aquatic insects, small snails and other mollusks, and worms. Prey is captured as the birds probe sand and mudflats, beaches, and marshes in a manner similar to that of the Sanderling.

When preparing for spring migration, Red Knots pack on extraordinary amounts of weight to fuel their long flights. When they reach the Delaware Bay, exhausted and emaciated, the birds must regain fat they lost in the first leg of their journey, and pile on even more. Often, Red Knots almost double in weight while feasting on protein-rich horseshoe crab eggs, before continuing northward and breeding soon after Arctic arrival. During these periods, these birds exhibit among the highest rates of mass gain of any vertebrate.

Once on their breeding grounds, Red Knots feed on the Arctic region's abundant summertime insect swarms, occasionally supplementing their diet with seeds, buds, and plant shoots.

All Over the Map

Three of the six Red Knot subspecies are found in North America, and all three are in decline. Eastern North America's rufa subspecies was listed as Threatened under the Endangered Species Act in 2015.

Rufa Red Knots breed in the central Canadian Arctic and winter mainly in three distinct regions: Florida and the adjacent Gulf Coast and Caribbean, northern Brazil, and the Chilean and Argentine Tierra del Fuego. Another North American subspecies is found along the West Coast, and the third nests in northeastern Canada and Greenland, wintering in Europe. The other three subspecies occur in Europe and Asia. Highly social outside the breeding season, Red Knots often migrate and winter in large flocks.

The rufa subspecies migrates along the East Coast of the United States. In spring, it depends upon a major Mid-Atlantic rest stop, where ancient sea creatures congregate and sustain these birds during their long journey.

Rufa Red Knots, like many birds, nearly disappeared due to unregulated market hunting in North America during the 1800s. This slaughter was halted in the U.S. with the passage of the Migratory Bird Treaty Act in 1918, but Red Knots are still shot both for food and sport in parts of South America and the Caribbean. Beginning in the 20th century, horseshoe crab overharvest, paired with coastal development and sea-level rise, began to take a serious toll, and rufa Red Knot numbers declined about 75 percent from the 1980s to the 2000s. ABC has successfully advocated for horseshoe crab harvest restrictions in Mid-Atlantic states and for the creation of a horseshoe crab sanctuary at the mouth of Delaware Bay. New Jersey has, for 12 years running, maintained a moratorium on any horseshoe crab harvests, while Delaware, Maryland, and Virginia now ban capture of females and shut down their seasons once a quota is reached on males.

ABC was also instrumental in the Red Knot's listing as Threatened under the Endangered Species Act, and is a member of the Horseshoe Crab Recovery Coalition.

Conserving important migratory bird stopover sites, plus breeding and wintering areas, remains a focus of ABC's BirdScapes approach, and the organization continues to fight to preserve the integrity of important conservation laws such as the Endangered Species Act and Migratory Bird Treaty Act. 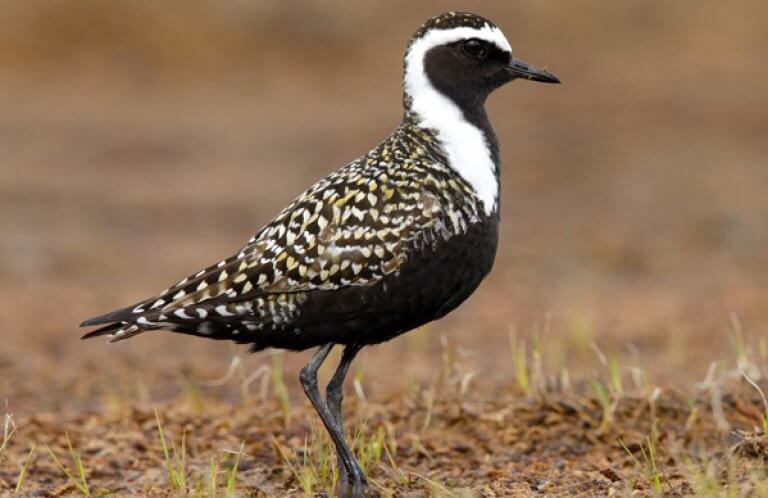