About the Scarlet Tanager

In spring plumage, the male Scarlet Tanager's beauty comes close to rivaling showy tropical birds like the Green-headed Tanager and Gilt-edged Tanager. Unlike these South American residents, the Scarlet Tanager is a migratory bird that travels long distances between breeding and wintering grounds.

The Scarlet Tanager makes the journey between the eastern United States and lowland South American forests twice a year. During migration, the birds fly mostly at night, sometimes with other migratory birds such as the Cerulean Warbler and Wood Thrush.

Once on its wintering grounds, Scarlet Tanagers join mixed-species foraging flocks that may include flycatchers, woodcreepers, antbirds, and resident tropical tanagers such as the Golden Tanager and Flame-faced Tanager.

Songs and Sounds of the Scarlet Tanager

The Scarlet Tanager's song is often described as sounding like a “robin with a cold.” It's a repetitive, sing-song warble, like an American Robin's, but more hurried and with a rough or “burry” quality. The bird's call, an emphatic “chip-burr,” is also distinctive and often can be a giveaway to the bird's location in a leafy treetop.

Both males and female sing and call, although the female's songs are softer and shorter. Mated pairs often sing together while foraging or while the female is gathering nesting material.

During spring and fall, Scarlet Tanagers might be found in your own backyard in the eastern half of the United States. They use open spaces such as parks and gardens outside of the breeding season, sometimes feeding on the ground and in shrubby vegetation.

Despite the male's bright color, it can be hard to spot as it moves through the treetops, gleaning insects such as beetles and caterpillars from the leaves and bark. The birds may also hawk flying insects such as bees, wasps, and butterflies. Scarlet Tanagers are considered beneficial to humans since they consume so many insect pests.

Like many other birds that migrate between North America and the tropics, including the Bay-breasted Warbler, the Scarlet Tanager's winter diet includes fruit in addition to insects, which are the mainstay of its summer fare.

Breeding Scarlet Tanagers prefer large forest tracts with big, deciduous trees, particularly oaks, where they spend much time foraging among the upper branches and leaves. The ornithologist Edward H. Forbush called Scarlet Tanagers “the appointed guardian of the oaks … drawn to these trees as if they were magnets.”

Once settled on a territory, the female begins to build her nest, usually on a horizontal branch far from the tree trunk. She incubates three to four eggs; however, after the chicks hatch, the male begins to pitch in by feeding the nestlings directly or bringing food to the female as she sits on the nest, which she passes on to the chicks.

Conservation of the Scarlet Tanager

On migration, collisions with towers, wind turbines, and glass can present deadly hurdles to the birds. Window collisions affect millions of birds each year in the United States alone.

One threat facing the Scarlet Tanager is habitat loss and fragmentation of forests. So is brood parasitism by Brown-headed Cowbirds. This is especially a problem in fragmented forests, which are more inviting to the cowbirds. The female cowbird replaces one of the tanager's eggs with her own; the tanagers then raise the much-larger imposter.

Although both male and female tanagers will aggressively chase female cowbirds away, they don't seem to recognize cowbird eggs once in the nest. Scientists have observed that when a nest is parasitized, tanager clutch size decreases.

Scarlet Tanager populations declined by about 14 percent in the last 50 years, according to the North American Breeding Bird Survey. In spite of this decline, the population is currently considered to be stable.

However, Scarlet Tanagers, like other Neotropical migrants including the Ovenbird and Kentucky Warbler, would still benefit from the conservation and restoration of large forested areas on their North American breeding grounds. Conservation of sufficient forest habitat along major migratory corridors and on wintering grounds are also a high priority management strategy.Through ABC's large-scale effort to “bring back the birds,” our work with partners is protecting habitat and reducing threats to migratory birds in the north, south, and in-between. For example, with our support, Scarlet Tanager habitat is protected by ProAves in Colombia's El Dorado Reserve.

Once settled on a territory, the female begins to build her nest, usually on a horizontal branch far from the tree trunk. She incubates three to four eggs; however, after the chicks hatch, the male begins to pitch in by feeding the nestlings directly or bringing food to the female as she sits on the nest, which she passes on to the chicks. 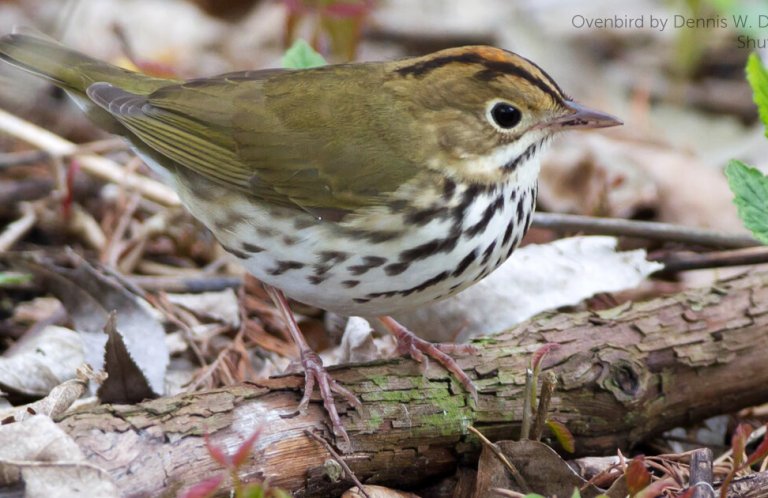