"ABC Birding" is a triannual feature of Bird Conservation magazine that takes readers to birding sites benefiting from ABC and partners' conservation efforts across the Western Hemisphere.

Lay of the Land: The Holywell Recreation Area (also called Hardwar Gap) is the gateway to the Blue and John Crow Mountains National Park. It sits at about 3,000 feet, a winding hour's drive from Kingston, Jamaica's balmy and bustling capital. Cloaked in lush montane tropical forest, Holywell and the surrounding parkland shelter most of the island's impressive array of endemic bird species. The Jamaica Conservation and Development Trust (JCDT), which manages the recreation area, works with ABC on conservation efforts within the park.

Other Wildlife: Aside from bats, the island nation has only one endemic native land mammal, an Endangered rabbit-sized rodent called the Brown's Hutia. It is seldom seen, due both to its nocturnal habits and rarity. The introduced Small Indian Mongoose, nemesis to hutias and birds, is often seen. In addition to birds, Jamaica is rich in endemic reptiles: The park is home to the Blue Mountain Giant Anole and Jamaican Turquoise Anole, and the low-profile Jamaican Boa. Watch for the Endangered Homerus, or Jamaican Giant, Swallowtail. With a wingspan up to six inches across, this is the Western Hemisphere's largest butterfly. The national park is one of two strongholds for this species.

When to Visit: Try to visit during the workweek to avoid weekend and holiday crowds. The high elevation moderates the tropical climate enough to warrant wearing a sweatshirt or sweater when starting out in early morning, year-round. The drier months, between late November and mid-May, include much of the time when Neotropical migrants visit the island (mid-September to March). Regular rains occur between late May and November, which also spans the Caribbean hurricane season.

Conservation Activities: ABC has worked with JCDT to improve tourism infrastructure in the park, and to conduct reforestation, migratory bird monitoring, and agroforestry workshops. Over the past few years, these efforts have included reforesting open areas at Holywell with 3,000 trees over 55 acres; planting 1,400 trees as living fences; creating over two miles of firebreak to help control forest fires; training local communities in agroforestry, mainly shade-grown coffee; and also training local community members to work as bird guides and tourism assistants.

Directions: The recreation area is reached from the city's east side via the B-1 Highway, which snakes its way northeast to the park. From the capital, the area can be visited just for the day, but many birders prefer staying overnight, since early morning offers the most bird activity. Three cabins at Holywell are available for rent and often book well in advance for weekends. (To learn more, contact JCDT via the website listed at the end.) Other accommodations are available on the road up to Holywell, including the Mount Edge Guest House, which has feeders that attract Streamertails. Guided walks are the best way to explore this area. Contact JCDT or other in-country guiding services regarding birding walks and other hikes in the park. 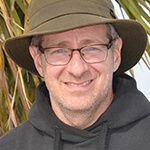 Meet the Streamertail, the 'Most Beautiful Bird in Jamaica'