Last fall, a nest camera operated by the Kaua‘i Endangered Seabird Recovery Project recorded a devastating scene. A feral cat extracted an adult shearwater and its chick from their nearly inaccessible mountaintop burrow and killed both birds. (Watch the video here, but be warned that the content is graphic.)

Newell's Shearwaters, known in Hawaiian as ‘A‘o, are listed as threatened under the Endangered Species Act (ESA) and spend much of their lives at sea. They return to land to breed in burrows on forested mountain slopes. For a rare bird that lays only one egg each year, predation by cats has a disastrous impact on the species' survival.

The ‘A‘o, along with the endangered Palila, ‘Alae Ke‘oke‘o (Hawaiian Coot), and ‘Ua‘u (Hawaiian Petrel), are attacked and eaten by cats. The evidence is disturbing. Biologists encounter bird carcasses and bird remains in cat scat, and footage from nest cameras provides still more proof that cats are killing the native birds of Hawai‘i.

This is a problem created by humans. Europeans brought cats to Hawai‘i, and the animals have thrived and spread across the main Hawaiian Islands, from mauka to makai — from mountains to coasts. Hawai‘i's native birds, however, have paid the price for this human error. To save Hawai‘i's endangered seabirds and forest birds from extinction, we must acknowledge the challenges outdoor cats pose—and work collaboratively to reduce this threat.

Cats are instinctive and highly skilled predators with keen senses and an ability to silently stalk and pounce. Unfortunately, among feral cats, these fierce hunting instincts are frequently directed at wildlife. The results are usually fatal.

A 2011 study reviewed the impacts of feral cats on islands around the world and reached a sobering conclusion. Cats have contributed to the extinction of 33 species, the study found, and are the principal threat to many other critically endangered birds, mammals, and reptiles. Cats are particularly dangerous for bird populations: The 2014 State of the Birds report identified cats as the top source of direct, human-related mortality to birds in the United States and Canada.

Nowhere is unchecked predation by cats more evident than in Hawai‘i. The 50th state's lush rainforests and majestic landscapes were originally a paradise for birds. Geographic isolation and the absence of mammalian predators resulted in a remarkable array of bird species, including such species as ‘I‘iwi and Nēnē.

Like many oceanic islands, the Hawaiian Islands had no native land mammals—only a bat and seal—before Polynesians and Europeans brought pigs, rats, dogs, and cats to the islands. The islands' native birds had no defenses against these mammalian predators. Most of Hawai‘i's native honeycreepers, for example, have a pungent, musky scent that is especially pronounced at their nests—practically an invitation for a predator.

Further complicating the situation is that cats are opportunistic predators. Large feral cat populations can subsist on insects, rodents, or scraps of food. But they will still kill endangered Hawaiian birds. And unlike most of the continental United States, where coyotes or other large predators can help to keep feral cat populations in check, in Hawai‘i cats have no such threats.

These characteristics have earned Hawai‘i a sobering title among conservationists: the bird extinction capital of the world. Seventy-one bird species have gone extinct in Hawai‘i. There are 44 remaining species or subspecies found nowhere else on Earth, but the survival of most of these is in question: 33 Hawaiian species and subspecies are listed under the ESA. This includes 10 that have not been detected in recent years and are likely extinct.

Solutions for Wildlife and Cats

Conservationists and many animal-welfare groups recognize that the solution is to keep cats and wildlife separate. Since the effects are cumulative — each outdoor cat has an impact on native wildlife—pet owners play a crucial role by spaying, neutering, licensing, or microchipping their cats, and by keeping the animals indoors. This keeps pets and wildlife safe, and reduces the number of cats that revert to a feral state.

In Hawai‘i, removing feral cats from remote mountain areas is difficult but necessary to protect unique birds whose populations have already plummeted. Yet even though the vast majority of Hawai‘i's residents favor removing feral cats from places where threatened or endangered species exist, it can be incredibly challenging to reduce or remove cats from the landscape.

American Bird Conservancy and our partners are leading the way to protect habitats and reduce the threats facing Hawai‘i's birds. One of the most effective strategies in protecting key breeding sites for seabirds in the main Hawaiian Islands is the construction of predator-proof fences. In November, biologists moved 10 Hawaiian Petrels to a fenced enclosure in Kīlauea Point National Wildlife Refuge to establish a new, protected colony. Later this year, scientists will move Newell's Shearwaters and another cohort of Hawaiian Petrels to the site.

This approach is a drastic action that works well at a smaller scale. More broadly, however, the best solution to protect the populations of all of Hawai‘i's birds is to reduce the overall threat. This means effective management of feral cats and encouraging responsible pet ownership.

Lawmakers in the Hawai‘i State Legislature have proposed two measures addressing these problems. One bill would make it unlawful for individuals to release, feed, water, or otherwise care for “unrestrained predators”—animals that are destructive to wildlife, such as mongooses and cats—on state lands. The other would increase penalties for animal desertion. (Proponents of maintaining feral cats outdoors and on public lands have vehemently opposed these measures.)

On the island of Kaua‘i, there are still more promising signs of progress. Along with several conservation, animal welfare, and community groups, ABC participated in a task force convened by the County of Kaua‘i to determine how to confront the problem. The task force's lead recommendation—which ABC strongly endorsed—was for Kaua‘i to become “free of feral, abandoned, and stray cats” within 10 years. The task force also recommended prohibiting the feeding of cats on any county property.

The fact that so many groups on Kaua‘i agreed on a solution is encouraging. This promising path could be a model for other communities, in the Hawaiian Islands and beyond, to solve these difficult issues.

Yet talking about the problems is not enough. What we need now is action, supported by laws. ABC is calling on everyone with an interest in preventing further extinctions to contact their elected officials and to explain why feral cats must be removed from the environment. Hawai‘i's birds depend on it. Chris Farmer is American Bird Conservancy's Hawai‘i Program Director. In addition to Hawaiian forest bird ecology and behavior, his research on the island of Hawai‘i addresses the impacts of invasive species and forest regeneration and growth. He received a B.S. in Zoology from the University of California, Davis and a Ph.D. in Ecology, Evolution, and Marine Biology from the University of California, Santa Barbara. 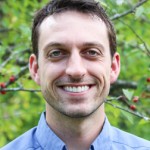