The Endangered Species Act (ESA) and U.S. public lands — 635 million acres of land held in trust for the American people by the federal government — are critically important and intertwined elements of successful bird conservation in the United States.

The ESA and public lands are linked in important ways: Federal land managers are entrusted with the majority of habitat for a number of endangered species including the Greater Sage-Grouse. Other birds that rely primarily on federal lands are the western population of Yellow-billed Cuckoo and Marbled Murrelet and Northern Spotted Owl of the Pacific Northwest.

At ABC, we advocate for the best use of the ESA and the conservation and restoration of our public lands for these and other imperiled bird species. The Endangered Species Act continues to work for species in need of immediate protection. In 2014, ESA protection was finally granted to the rufa Red Knot following an emergency listing petition submitted by ABC and partners.

The ongoing Greater Sage-Grouse planning initiative affecting public lands in 10 western states will protect more than 11 million acres of the highest-quality sagebrush habitat and improve management on another 34 million acres. We continue to be a leading voice advocating for strong science-based actions to save the species. In 2014, the western Yellow-billed Cuckoo was listed as Threatened under the ESA, and Critical Habitat was proposed. Working with scientists from the Sierra Institute, ABC called for expanded critical habitat designation, mapped areas to be included, and generated thousands of public comments in support. In 2009 and again in 2012, ABC helped convince the Obama administration to overturn a harmful management plan affecting Spotted Owl and Marbled Murrelet habitat in Oregon. In 2014, this same region was threatened by logging legislation, S. 1784. ABC supporters sent thousands of letters to Senate offices, leading to improvements to the bill. 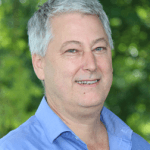