Our Wind Risk Assessment Map promotes Bird-Smart Wind Energy development by highlighting areas of importance to birds that should be avoided or approached with caution by wind energy developers.

We encourage wind energy developers, consultants, and resource management agencies to use this map as a tool to inform the initial stages of site evaluation, subsequent site-specific field studies, and risk assessments. For example, if a search shows that an area being considered for wind energy development is important for a species of conservation concern, intensive surveys should be conducted to assess the presence of this species and its habitat.

How to Use the Map

To zoom in and out, use the “+” and “-“ buttons in the map's upper left corner. Turbine locations become visible at or near the level of viewing an individual state (i.e., if turbine locations are not visible, zoom in further). To adjust the viewing area, simply click and drag the map. A different basemap (e.g. aerial imagery) can be selected by clicking the “Basemap” icon in the upper left, below the zoom buttons.

Clicking the double arrow in the upper left corner shows the legend (under the “Legend” tab). This also provides more in-depth information about data sources used for the map and the polygon types under the “Details” tab.

Information about a given red or orange polygon can be obtained by clicking within that polygon. This will open a window providing additional information about the area and its importance. Scrolling down in this window will lead to a “More information” hyperlink. Clicking the link will open a document with more in-depth information.

Information about individual turbines and wind energy facilities can similarly be obtained by clicking on a given turbine location. This will provide information about the turbine and any associated development. Red areas on the map are crucial breeding and wintering habitat, parks, and other public lands important to birds. These should be avoided as sites for wind project development, or approached with extreme caution. Project consideration in these areas would carry a high likelihood of a location failing feasibility assessment. Any projects considered would require an exhaustive risk assessment, carry high likelihood of the need to avoid key areas, and be likely to require greater minimization and mitigation measures for development. These areas include: 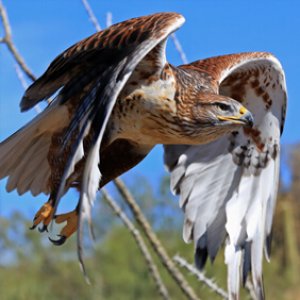 Solid orange on our map signifies Globally Important Bird Areas. Areas shown with transparent orange are one of the following:

Wind energy development may be possible within some of these areas if key habitat and bird use areas are avoided, and/or appropriate minimization and mitigation measures are incorporated. ABC released the first version of its Wind Risk Map in 2015. For the current version (2020), the data were cleaned and updated, current wind turbine locations were added, and the map was given a more user-friendly interface.

The distribution of areas of importance to birds is derived from a variety of sources, including The American Bird Conservancy Guide to the 500 Most Important Bird Areas in the United States. Data on key habitat areas of the Greater Sage-Grouse is from the U.S. Bureau of Land Management. Data on the migration corridor of the Whooping Crane is from the U.S. Fish and Wildlife Service (USFWS). “Critical Habitat” designated by USFWS, as authorized by the Endangered Species Act (ESA), was downloaded from USFWS’s Environmental Conservation Online System.

Area boundaries are derived from existing federal, or other, GIS layers, or produced by the American Bird Conservancy (ABC) using the best available data, maps, and expert staff opinion. At present, insufficient quantitative data exist to establish firm boundaries for most migration corridors, and boundaries may also shift from year to year depending on weather and other conditions. The boundaries of these areas are based on ABC’s expert judgment on where the greatest concentration of birds will be present during regular migration periods. Animated migration maps produced by the Cornell Laboratory of Ornithology are another useful resource on migration patterns. Boundaries for Key Habitat Areas are based on greatest breeding densities from Breeding Bird Survey (BBS) maps combined with ABC expert staff opinion. For the few Red WatchList species where BBS data were unavailable, entire species range boundaries were used.

This map does not, nor is it intended to encompass all areas of importance to birds, and is not a substitute for on-the-ground survey data. Further, we note that bird use data are scarce in many offshore locations on the coasts and in the Great Lakes, so populations in any such location should be thoroughly evaluated for any development being considered.

GIS analysis for the original Wind Risk Assessment Map was conducted on behalf of ABC by Eric Wengert, a graduate student at Mississippi State University. We remember Jason Berry, an ABC colleague who was instrumental in this initial effort. ABC thanks Sarah Sienaert for transitioning this data to the updated platform, conducting data analyses, and creating the associated story map.