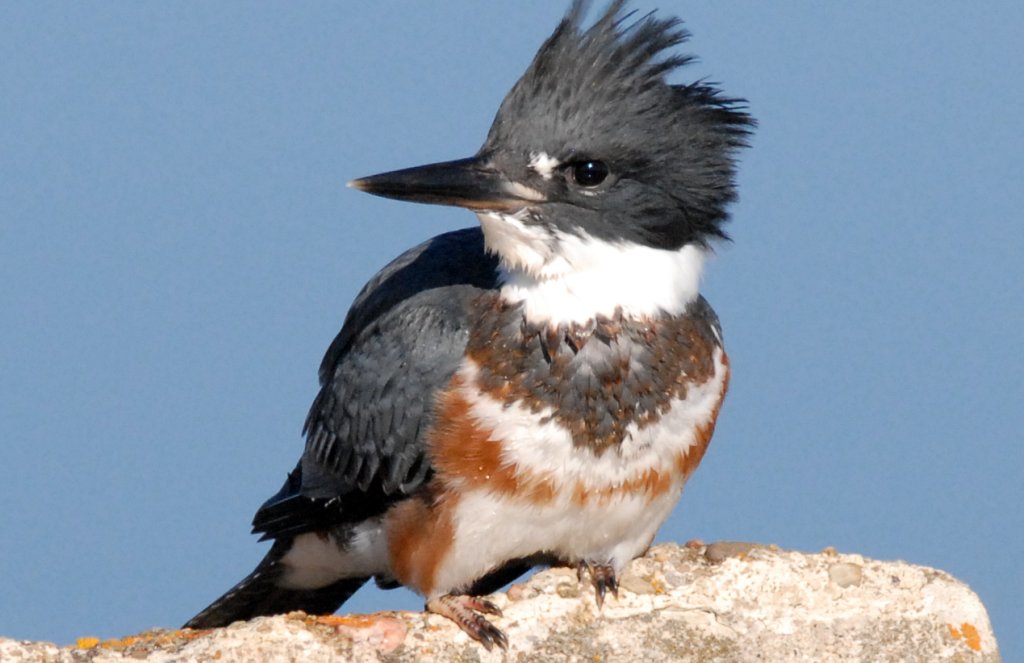 About the Belted Kingfisher

A chattering, rattling call along the river or lakeside announces the presence of a Belted Kingfisher. Often heard before seen, this dagger-billed, shaggy-crested bird is usually spotted next to a river or lake, or hovering over the water before plunging headfirst to snag a fish. Its distinctive, big-headed appearance and neat-looking blue-and-white plumage make it hard to confuse for any other bird sharing its habitat, be it a Green Heron or Barn Swallow.

The Belted Kingfisher's species name alcyon derives from the Greek word halcyon, meaning kingfisher. Alcyon was a mythological figure, the daughter of Aeolus, the god of wind. She and her husband angered Zeus and were drowned; more compassionate gods then turned the devoted couple into kingfishers. Each year, Aeolus calmed the ocean winds so Alcyon could safely nest and raise her young on the surface of the sea. Although we know now that kingfishers do not nest on the ocean's surface, "halcyon days" — calm days at sea in mid-winter — are still recognized, and the term has also come to mean any idyllic period of peaceful calm.

Belted Kingfishers nest in tunnels, which the birds excavate in a sandy bank, usually along a body of water. Although kingfishers have short legs and small feet, a specialized long, flat toe and sharp, pointed claws help expedite digging. The tunnel, ranging from one to eight feet long, slopes upward from the entrance, probably to keep water from flooding the nest chamber where the female lays her eggs. A nest tunnel can take several weeks to dig, and may be reused from year to year.

Sometimes swallows share kingfisher tunnels, digging out small rooms for themselves in the walls. No one knows what kingfishers think about these tenants!

Belted Kingfishers are found near both inland and coastal waterways throughout North America. Northern populations move south in winter to more temperate regions, following major bodies of water as they migrate. Belted Kingfishers winter in much of the lower 48 states (scarcest in colder regions), through Mexico and Central America, and some reach northern South America, including the Galápagos Islands.

Like Olive-sided Flycatchers, Belted Kingfishers hunt using a sit-and-wait strategy, from a perch with a clear view over their feeding territory. Clear water is essential for successful hunting, as the kingfisher needs an accurate fix on its aquatic prey before it strikes. This bird's diet consists mostly of fish species that live in shallow water or swim near the surface, but Belted Kingfishers will also take crayfish, insects, frogs, snakes, young birds, and small mammals.

After capturing a small creature, the kingfisher returns to its perch and subdues its meal by pounding it against a hard surface. Then it positions the prey so that it is swallowed head-first. Like Barn or Great Horned Owls, adult kingfishers regurgitate pellets composed of indigestible parts of their meals, such as bones, shells, and scales.

Each spring, a male Belted Kingfisher establishes and aggressively defends a waterside territory that is usually around a half-mile long. When a female kingfisher consents to move in, the pair begins to court with noisy aerial chases. A male will also feed a female during courtship. Once the burrow is dug and eggs are laid, both parents share incubation duties.

Unlike many birds, the female Belted Kingfisher is more brightly colored than the male, with a rust-colored belly band to complement her otherwise blue-and-white plumage.

Belted Kingfisher nestlings have particularly acidic stomachs, which helps them digest the meals their parents bring to the burrow – including bones, fish scales, and arthropod shells. By the time they leave the nest, the young birds' stomach chemistry changes, and they begin regurgitating pellets like adult kingfishers do.

Belted Kingfishers are found near both inland and coastal waterways throughout North America. Northern populations move south in winter to more temperate regions, following major bodies of water as they migrate. Belted Kingfishers winter in much of the lower 48 states (scarcest in colder regions), through Mexico and Central America, and some reach northern South America, including the Galápagos Islands.

Although the Belted Kingfisher is still common and widespread, it is decreasing in some areas due to habitat loss. Kingfishers are sensitive to disturbance, particularly during their nesting season, and may abandon breeding areas when faced with too much human activity. Despite the protections afforded by the Migratory Bird Treaty Act (MBTA), this species is still sometimes seen as a threat at fish hatcheries and commercial trout streams, and may be illegally persecuted at these places. ABC's Policy and Advocacy program works to fund and protect essential conservation legislation such as the MBTA, Endangered Species Act, and the Neotropical Migratory Bird Conservation Act grants program. Our support of Migratory Bird Joint Ventures helps protect and restore habitats critical to the Belted Kingfisher and many other bird species. 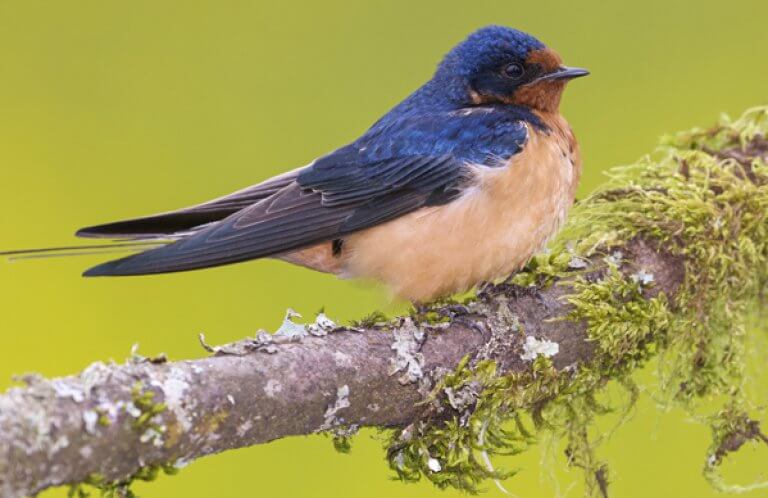 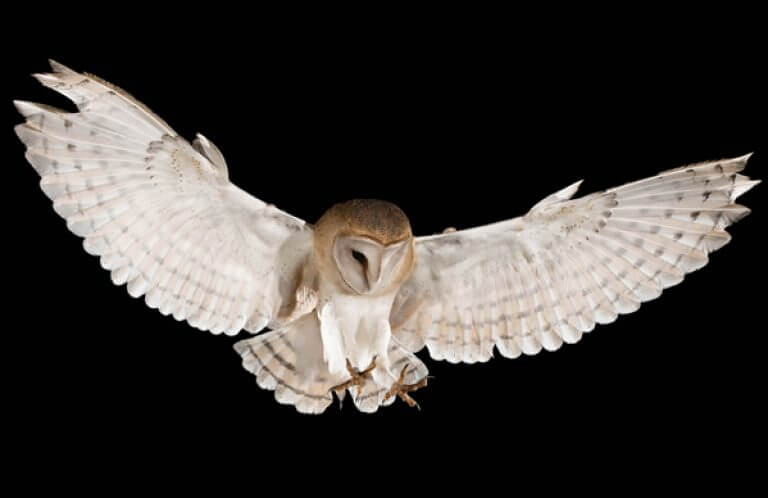