About the Eastern Kingbird

"Bold" and "fearless" are words often used when birdwatchers describe the dashing Eastern Kingbird. This big flycatcher is a member of the tyrant flycatcher family, a huge group of New World species that includes the Great Crested Flycatcher, Many-colored Rush-Tyrant, and Ochraceous Attila.

The Eastern Kingbird is easily observed and identified in the open habitats it favors, with its black-and-white plumage and white-tipped black tail giving it the appearance of wearing formal evening dress. Like other royalty, this "king" bird has a crown — a reddish-orange patch on top of its head that it flashes during defensive or mating displays. This patch, however, is rarely seen by observers.

Even in a group of birds known for their aggressive ways, the Eastern Kingbird stands out.

Looking for a Fight

The Eastern Kingbird truly deserves its Latin name of Tyrannus tyrannus. On its breeding grounds, it can often be seen attacking and chasing much larger birds, such as Red-tailed Hawk and Great Blue Heron, that make the mistake of flying through its territory. This pugnacious tyrant flycatcher has even been known to knock larger birds off their perches, including much heavier, nest-marauding Blue Jays.

Although both male and female Eastern Kingbirds call, males are generally more vocal. The male kingbird sings a "dawn song" early in the morning or in the early evening. This is a complex vocalization of high, sputtering sounds followed by a buzzy zeer note, repeated many times.

Both sexes give a variety of stuttering, metallic-sounding calls while interacting and defending their nest. Also, Eastern Kingbirds may audibly snap their bills when threatened at the nest.

The male Eastern Kingbird woos his mate with elaborate flight displays and flashes of his bright crown patch. Pairs will often stay together successive years, even returning to the same territories. Although pairs are socially monogamous, extra-pair mating may occur, and chicks in one brood may have several different fathers. Eastern Kingbird populations tend to average more males than females, so a female kingbird often has more than one mate during her lifetime.

The female typically builds her rather bulky, cup-shaped nest high in a tree, far out on a horizontal branch. This species occasionally nests in cavities and human-made structures as well. The female uses twigs, vegetation, and sometimes synthetic materials such as string or plastic to build her nest, finishing the interior with soft grasses and animal hair before laying a clutch of three to five eggs. She incubates her clutch for 16 to 18 days, her mate standing guard nearby to defend the nest and territory. If a nest is parasitized by a Brown-headed Cowbird, or, more rarely, another kingbird, the female recognizes and ejects the intruder's egg.

Attentive parents, Eastern Kingbirds provide their young with a steady supply of large insects, dead and with stingers removed if necessary. The pair care for their young for three to five weeks after they leave the nest. As a result, they usually have enough time to raise only a single brood per season. However, Eastern Kingbird fledglings have a high survival rate, likely due to the extended period of parenting. Family units may remain together until fall migration begins.

During its breeding season, the Eastern Kingbird feeds heavily on large insects such as beetles, moths, wasps, bees, and dragonflies. It may occasionally take other live prey such as small rodents and frogs, and some fruit. Both adults and nestlings regurgitate pellets of indigestible chitin, a fibrous substance in arthropod exoskeletons.

The Eastern Kingbird forages in typical flycatcher fashion, sitting quietly atop an exposed perch, then darting out to catch its prey on the wing. It sometimes hovers to glean insects from vegetation, and even "kites" like an American Kestrel, facing into the wind on motionless wings while scanning the ground for prey.

During migration and on its wintering grounds, the Eastern Kingbird makes a dramatic dietary change, switching almost completely from an insectivore (insect-eater) to a frugivore (fruit-eater). Its northbound migration is well-timed to take advantage of peak fruiting season for Central American trees.

Despite its name, the Eastern Kingbird breeds across much of the United States and Canada, with the exception of the arid Southwest, the West Coast, and the Arctic.

Although fiercely territorial during its nesting season, the Eastern Kingbird becomes downright gregarious during migration and winter. It migrates during the day, often in flocks that increase to the thousands as the birds move south. On their wintering grounds in South America, Eastern Kingbirds remain in small feeding groups, sometimes with closely related Fork-tailed Flycatchers or Tropical Kingbirds, and gather in larger nighttime roosts.

Conservation of the Eastern Kingbird

Although the Eastern Kingbird remains fairly common, Partners in Flight notes a downward trend in its numbers. One cause is habitat loss caused by human development, forest succession, and changing agricultural practices. Widespread pesticide use on breeding and wintering grounds, including the use of neonicotinoid insecticides, poses a major threat to aerial insectivores such as the Eastern Kingbird, Violet-green Swallow, and Common Nighthawk. Besides reducing insect-prey availability outright, these pesticides also accumulate in the birds' bodies, and may lead to egg and nestling mortality. Eastern Kingbirds are frequently killed by collisions with cars, since they tend to nest and forage in open spaces, many of which are bisected by roads. 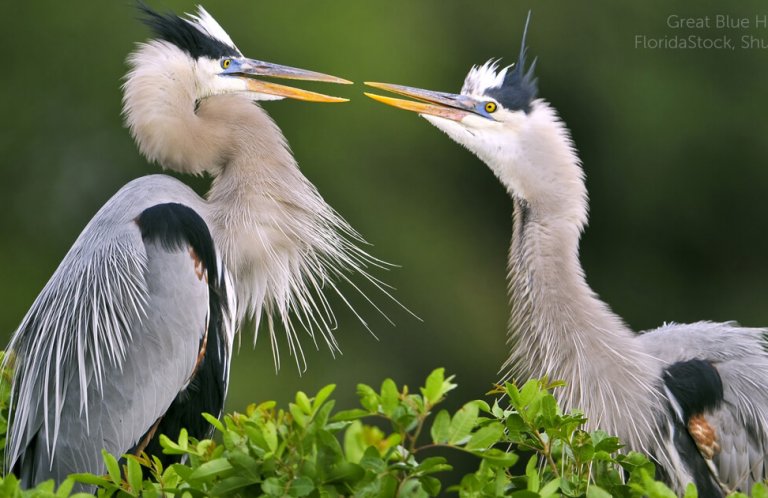