About the Great Crested Flycatcher

The Great Crested Flycatcher lives in the upper forest canopy like a Scarlet Tanager or Red-eyed Vireo, but its repetitive calls make it easy to spot. It can often be seen perched high on a snag or dashing after insect prey.

Colorful for a flycatcher, this species has a bright lemon-yellow belly, cinnamon-edged wings and tail, and pale gray throat and chest. A perky crest, raised when the bird is excited, completes the overall look of this distinctive and active summer visitor.

A noisy bird, this flycatcher is usually heard before it is seen. Its loud, repeated calls, “wheep!” and “whit-whit-whit-whit,” are common sounds of eastern woodlands during the summer.

The Great Crested Flycatcher is seasonally monogamous, and some pairs even remain together for multiple years. It has strong site fidelity, often returning to the same place to breed every year – even if it's with a different mate. This species is also quite territorial, and like the Northern Mockingbird, will aggressively attack and drive out intruders.

While the female builds the nest and incubates the eggs, the male defends her and their chosen territory. Four to eight young hatch after about two weeks and are fed by both parents until fledging.

Unlike the Eastern Phoebe, Acadian Flycatcher, and other flycatchers breeding within its range, the Great Crested Flycatcher is a cavity nester. It builds a nest within a naturally occurring tree hollow or an abandoned hole created by a Red-bellied Woodpecker, Northern Flicker, or other woodpecker. This bold flycatcher will also use man-made sites such as utility poles, mailboxes, gutters, and even artificial nest boxes provided for Wood Ducks, Eastern Bluebirds, or Eastern Screech-Owls.

The female Great Crested Flycatcher builds a bulky nest within the cavity, using grasses, leaves, pine needles, twigs, and feathers. This nest also often incorporates a bit of snakeskin, which has led to speculation that the birds may use this material to repel predators. Some evidence exists to lend credence to this theory, but this flycatcher may just have an affinity for crinkly materials: The birds will incorporate onion skin, birch bark, and plastic wrap into their nests as well!

As skillful in flight as other birds of its family, the Great Crested Flycatcher pursues and catches the majority of its insect prey while on the wing. It favors large insects including butterflies, dragonflies, moths, beetles, wasps, and grasshoppers, but also supplements its diet with small berries and fruits.

Like the Olive-sided Flycatcher, the Great Crested is mainly a "sit and wait" predator, watching for quarry from a high snag, then flying out to catch it. It tends to forage higher in the tree canopy than other flycatchers and can often be sighted on an exposed perch.

Highly aerial in its habits, this flycatcher also hovers to glean insects from foliage, even crashing through the vegetation as it pursues prey. A Great Crested Flycatcher may descend near to the ground as it chases prey, but will rarely touch down there: This bird's short legs are better-suited to life in the trees than on the ground.

The Great Crested Flycatcher is a common breeder in central and eastern North America and southern Canada, migrating south to winter in central and south Florida, southern Mexico, Central America, and Colombia. The species is rarely spotted in Cuba, Venezuela, and Ecuador. A small, sedentary population may be present in Florida year-round.

Although Great Crested Flycatcher populations remain stable, this species contends with the same pressures facing rarer birds. A primary threat is habitat loss on the species' breeding and wintering grounds, including the loss of suitable nesting snags, although it seems to adapt reasonably well to a fragmented forest landscape. Like many other Neotropical migrants, this species travels at night, a fact unfortunately verified by high numbers of overnight collisions with communications towers. Its insectivorous diet makes it vulnerable to pesticides as well as declines in prey abundance.

American Bird Conservancy (ABC) provides a number of resources to help reduce threats to the Great Crested Flycatcher and other migratory birds. For example, our Collisions program helps to prevent communications tower collisions and fatalities, and provides solutions to reduce bird collisions with glass, including at home windows.

We are also involved in large-scale initiatives to conserve and better manage bird habitat on breeding and wintering grounds, including through our BirdScapes approach to migratory bird conservation and our participation in Migratory Bird Joint Ventures. 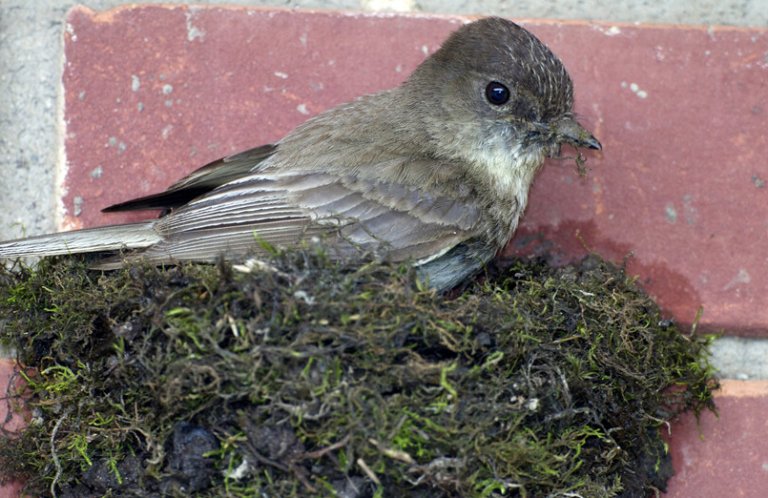 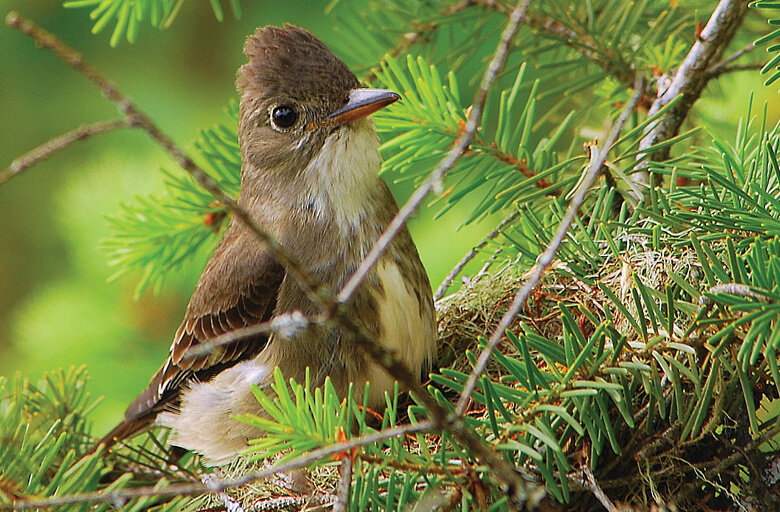