Sound science is the basis of all that we do for bird conservation.

Conservation planning at ABC begins with science and research. We use the best available data to understand threats to birds, develop effective conservation solutions, and measure our success. From pioneering tracking of Black-capped Petrels at sea to publishing conservation plans, we also work with partner organizations, universities, and independent researchers to improve our knowledge in areas where there are notable gaps in available information.

Our efforts have resulted in three major books published by ABC: The 500 Most Important Bird Areas (2003), field guide to All the Birds of North America (1997), and the ABC Guide to Bird Conservation (2010).

ABC administers the William Belton Conservation grant program — the longest-running grant program for research on neotropical birds. Since 2002, the program has focused on research and conservation projects for threatened bird species. These projects have included research on Alliance for Zero Extinction (AZE) species as well as searches for “lost species.”

ABC has worked with scientists from around the world through AZE to determine the last sites on earth for rare species like the Stresemann's Bristlefront. These efforts inform the selection process of places where we work to halt extinctions. We make this information available publicly and also use it to encourage countries to adopt AZE sites/species as targets to meet their biodiversity goals as parties to the Convention on Biological Diversity. 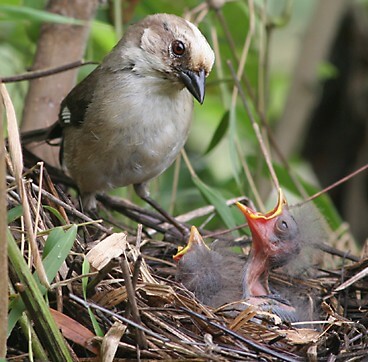 An ABC-funded expedition in 1999 rediscovered the Pale-headed Brush-finch (shown) which had been feared extinct. Fundación Jocotoco and ABC established a reserve for the species in 2006 and further expanded it in 2015. As a result, the species’ population has increased from around 30 individuals to between 200 and 250 birds today. ABC-funded nest box programs at several reserves are helping boost parrot populations. Such programs have benefited our work on Blue-throated Macaw, El Oro Parakeet, and Yellow-eared Parrot (shown), among others. Population of the latter species in Colombia has increased from 81 birds in 1999 to more than 1,000 today. We worked with the U.S. Army Corps of Engineers and U.S. Fish and Wildlife Service to model and implement river management practices to create and maintain habitat for Interior Least Terns (shown). As a result, we hope this species will soon be removed from the U.S. list of endangered species. Read more. 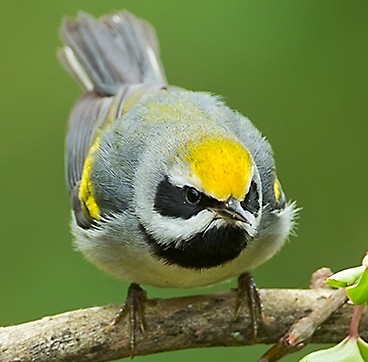 We’re leading an effort to identify key wintering areas for Golden-winged Warbler (shown) and Cerulean Warbler to guide conservation activities. Ongoing monitoring funded by ABC is finding high densities of Cerulean Warblers in Colombia, for example, where we have been working with partners to plant trees on private lands surrounding reserves. ABC-led research on Costa Rica’s Yellow-billed Cotinga began in 2007 and was published in 2014 in Ornitología Neotropical and in a Neotropical Birds Online account. The research, including a monitoring effort, has also helped guide conservation work by ABC and Osa Conservation, including establishment of the Yellow-billed Cotinga Sanctuary in 2013.