About the Yellow-bellied Sapsucker

Although the Yellow-bellied Sapsucker is a perennial punchline in jokes about birders and the funny names of their quarry, this interesting, boldly patterned woodpecker is quite real. Despite its name, the yellowish tint on the Yellow-bellied Sapsucker's underside is usually subtle, and certainly not what first catches the eye. More often, what stands out are the vertical white stripe along this woodpecker's folded wing and its black-and-white face. Both male and female have bright red foreheads, but males also have red throats.

Sapsuckers are a small, specialized group of woodpeckers found only in North America. The Yellow-bellied is the only one found in eastern North America; the other three species, including the Williamson's Sapsucker, inhabit the West.

Sapsuckers are unique among woodpeckers in drilling neat rows of holes, known as sap wells, into the inner bark layer (cambium) of tree trunks. Sap wells have been noted in more than 1,000 species of trees and other woody plants, but these birds prefer trees with sweet sap, such as birches and maples.

Many hummingbird species, including the Ruby-throated, Rufous, and Anna's, depend upon sapsucker wells early in spring, before many flowering plants, their usual nectar sources, are in bloom. These tiny birds' spring migration movements coincide with those of sapsuckers. Hummingbirds will also nest near sap wells.

A wide variety of other birds and animals also take advantage of sapsucker wells, from tiny Ruby-crowned Kinglets, nuthatches, and chickadees to mammals such as bats and squirrels. Insects including moths, bees, and wasps also feed at the wells.

Like other woodpeckers such as the Downy and Pileated, the Yellow-bellied Sapsucker communicates by drumming on tree trunks and other hollow, resonant surfaces. But this sapsucker has a telltale drumming sequence, starting with an irregular series of rolling knocks, followed by a brief pause and then slower taps.

The Yellow-bellied Sapsucker also gives a number of calls; one, a shrill c-waa, sounds somewhat like a miniature Red-shouldered Hawk:

Male Yellow-bellied Sapsuckers arrive on their breeding grounds about a week ahead of females, and establish territories by drumming. These birds often return to the same territory and pair with the same mate in successive years, even reusing the same nest tree and cavity. The nest cavity, excavated by both sexes, is dug from the soft wood of a diseased tree. Old sapsucker nest cavities also provide homes for "secondary" cavity-nesting birds such as the Black-capped Chickadee and Tree Swallow.

The female Yellow-bellied Sapsucker lays four to six eggs in the cavity, which both partners take turns incubating for about two weeks. Both parents feed the nestlings with insects dipped in sap for extra nutrition. Young Yellow-bellied Sapsuckers fledge after about a month. The parents lure their young out of the nest with food, and the fledglings stay outside, learning to feed and fend for themselves. This woodpecker raises only one brood per year.

The Yellow-bellied Sapsucker creates two kinds of sap holes: tiny, round holes that extend deep in the tree and are not enlarged, and more shallow, rectangular holes, which the bird must constantly re-drill to keep sap flowing and attract insects. A sapsucker revisits the same tree again and again to lap up the oozing sap with its brush-like tongue, and to defend wells against insects and other animals.

Although sap is an important food source for this species, especially in early spring, it makes up only about 20 percent of the bird's overall diet. The rest of its nourishment comes from phloem (soft inner tree bark) and insects, especially ants, that are procured by gleaning, excavating, and flycatching. The Yellow-bellied Sapsucker also eats fruit and seeds.

The Yellow-bellied Sapsucker nests across much of Canada (east of the Rockies and south of the tundra zone) and across most of the northeastern U.S. Boreal forest is home to roughly 55 percent of the breeding population. Its breeding range extends south as far as Iowa and western Maryland, with isolated populations in the Alleghenies and Great Smoky Mountains.

Uncommon in woodpeckers, the Yellow-bellied Sapsucker is highly migratory, for the most part leaving breeding grounds each fall to winter further south. Males typically winter in the southern United States, while most females travel to the West Indies, Mexico, and Central America. Typically, sapsuckers at the northern edge of their winter range are male, while those at the southern extreme are female.

Conservation of the Yellow-bellied Sapsucker

Overall, the Yellow-bellied Sapsucker population seems to be doing well, but like other migratory birds, this species runs a gauntlet of threats from collisions with glass and towers to free-roaming cats. In addition, habitat loss, particularly in the southern part of its breeding range, is an ever-present challenge. ABC has a number of programs in place to reduce threats to the Yellow-bellied Sapsucker and other birds, including our Cats Indoors program, which encourages pet owners to keep cats and birds safe, and our Glass Collisions program. Explore solutions to keep birds from hitting windows.

Canada has taken steps to protect large areas of boreal forest, preserving millions of acres of habitat for the Yellow-bellied Sapsucker and other species dependent on these lands, including the Canada Warbler, Swainson's Thrush, and Rusty Blackbird. Many protected areas in the U.S. provide habitat for this species as well. Throughout their breeding range, the Yellow-bellied Sapsucker also thrives on sustainably managed forest lands, where it frequently nests in aspens, birches, and poplars. 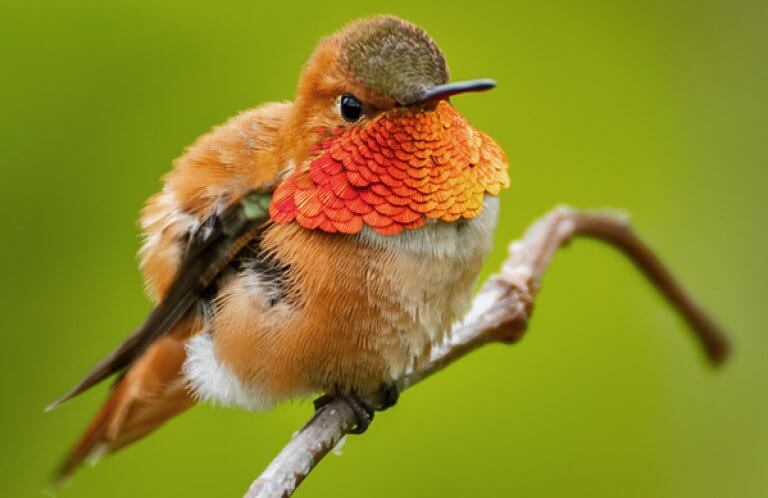